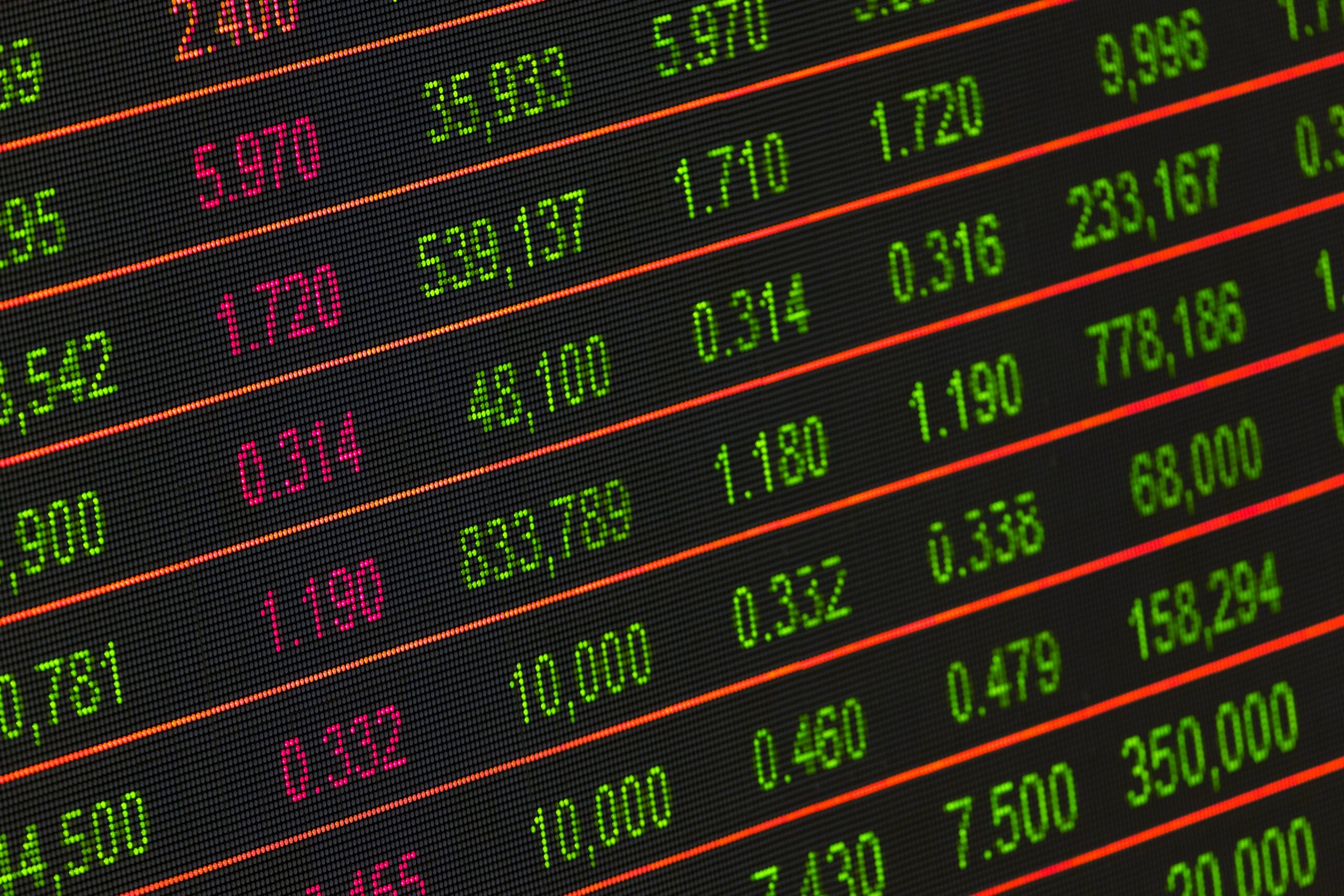 The Faster indicators of UK economic activity project, led by the Data Science Campus at the Office for National Statistics (ONS) is an innovative response to the challenge of producing faster economic information.  This article summarises our work so far. The goals of the project are to:

We publish this work as a monthly research output. The first report was published on 15 April 2019 and you can find the latest release and data on the ONS website.

The appetite for faster information on UK economic activity has never been higher. Policymakers and analysts demand faster insight into the state of the UK economy in order to make informed, timely decisions on matters, such as the setting of interest rates, which affect the whole UK.

This was noted in the Independent Review of UK Economic Statistics (Bean, 2016), which stated that “the longer a decision-maker has to wait for the statistics, the less useful are they likely to be”.

With the growing availability of big data and large administrative datasets, and the tools, technology and skills to understand and process these, National Statistics Institutes are being challenged to produce outputs that meet the growing demand for more timely data.

It is important to note that we are not attempting to forecast or predict gross domestic product (GDP) or other headline economic statistics here, and the indicators should not be interpreted in this way. Rather, by exploring big, closer-to-real-time datasets of activity likely to have an impact on the economy, we provide an early picture of a range of activities that supplement official economic statistics and may aid economic and monetary policymakers and analysts in interpreting the economic situation.

Although some of the indicators we have developed track GDP and other economic statistics relatively well over some periods, there is sufficient difference that none should be used to predict GDP on their own. Rather, they should be considered early warning indicators providing timely insight into real activities in the economy, and their potential impact on headline GDP should be carefully interpreted. It may be that these indicators have the power to improve the performance of nowcasting or forecasting models, as components of these models, but we have not as yet tested this.

We are now publishing regular, monthly updates, as research outputs using the most recent available data. We welcome feedback on this work.

A full description of the data, methodology and economic analysis, describing the time series, and the full datasets, can be found in the following articles:

Section 2 outlines the data sources and methodology used to construct our new indicators. Key findings are presented in Section 3. In Section 4, we present our proposals for regular publication, including our proposed publication schedule. Finally, in Section 5, we suggest some future work for the project.

This work is the first output from the project. As well as our proposals to extend the work on these data sources outlined in Section 5, we hope also to explore additional timely big data sources to supplement this work.

In this section, we briefly describe the data and the indicators we have constructed. The proposed timetable for publication is presented in section 4. Most of our new series will be available one month before the corresponding official GDP estimate.

We have constructed several monthly and quarterly diffusion indices from turnover and expenditure VAT returns. We have produced some novel indicators tracking changes in VAT reporting behaviour. These include:

We have also constructed a proxy for firm births, based on new VAT reporters. Where possible, we have also created industry breakdowns of the new series.

The diffusion indicators track firm turnover and expenditure growth, both important components of the economy. We explore whether VAT reporting behaviour changes under conditions of economic stress. For example, we might expect that during an economic downturn, turnover will be lower, and more firms might apply for VAT repayments.  Figure 1 shows that the VAT turnover index does indeed capture the last recession quite well, but is less good at tracking small changes in GDP during periods of greater stability.

A full description of the data, methodology and analysis of the VAT indicators is presented in ‘Faster indicators of UK economic activity: Value Added Tax returns’.

Quarterly and monthly indicators will be available one month (v1)before the official GDP estimate. A second “vintage” of the monthly diffusion indices (v2), taking advantage of increased numbers of returns, which is therefore potentially more robust, will be available in the same month as GDP.

The automatic identification system (AIS) tracks ship location every few seconds whilst the ship is moving and every couple of minutes whilst it is in port. AIS is compulsory for all ships above 300 gross tonnes, and all passenger ships, and it is used voluntarily by many other vessels. In this work, we analyse two years of AIS data (July 2016 to August 2018) for UK ports, obtained from the Maritime and Coastguard Agency. A full description and analysis of this is presented in ‘Faster indicators of UK economic activity: shipping’. We also currently have access to real-time data from ORBCOMM, via the United Nations Global Platform.

The relationships between port traffic and international trade in goods could potentially be used in a mathematical model in combination with other indicators to estimate trends in trade. Given the fact that AIS can be obtained in timely fashion, in fact in near real time, the output of such a model can be a valuable tool for early economic trend discovery.

These monthly indicators will be available one month in advance of official GDP estimates.

Figure 2: scatter plot showing the relationship between port traffic growth rates (%) and the ONS estimates of imports of goods (%).

Understanding road traffic is clearly important for understanding domestic and international trade in goods in the UK economy. Our new indicators offer the opportunity to do this in a timely way, and for localised geographies. Furthermore, they also have the scope to offer a new understanding of the supply potential of the UK, and how traffic by different types of vehicle relate to local economic activity involving the transport of goods and people. Traffic activity around ports is of particular interest, as this may offer further insight into understanding the potential impacts of delays on trade and other economic activity.

We find that the road traffic counts give us some interesting insights into road transport in England. Although correlations are weak, the average traffic counts for the largest vehicles are consistent with at least some economic events (the financial crisis), and the trend broadly follows that of headline official economic statistics, although care must be taken with interpretation. As we see in Figure 3, there is not a strong relationship between road traffic counts and GVA, and there is a large scatter. For this reason, we do not recommend interpreting these indicators as predictors of GDP or other headline economic statistics.

A full description and analysis of this is presented in ‘Faster indicators of UK economic activity: road traffic in England’.

The indicators will be available in the same month as official GDP estimates, although we will investigate whether we can access the data faster, and reduce this time lag to one month.

Figure 3: all England average traffic counts for vehicles greater than 11.66 m in length (heavy goods vehicles) and the volume measure of GVA, seasonally adjusted growth rates, July 2017 to November 2018, showing a large scatter in the relationship, which is weak. 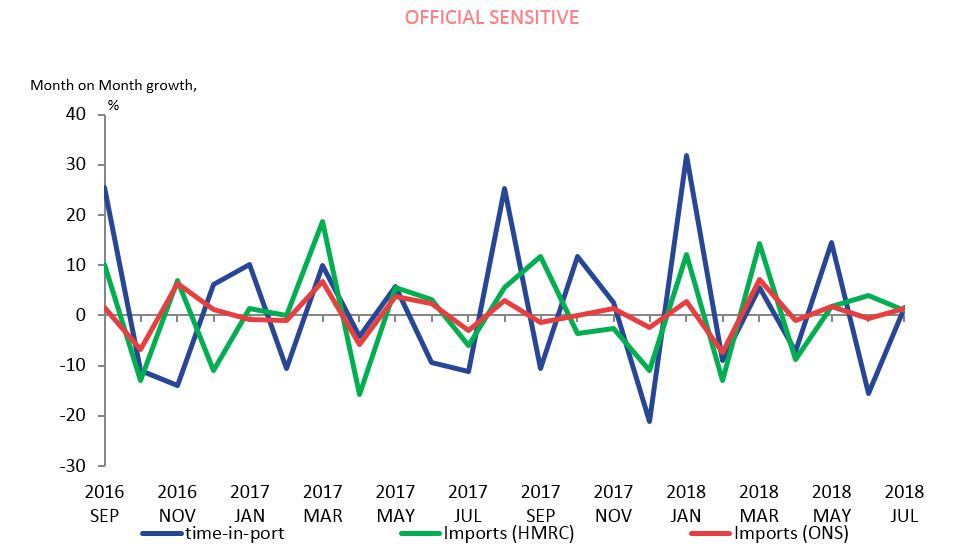 We have successfully identified a range of big data and administrative datasets, which have allowed us to construct useful, faster indicators of some types of economic activity. We have shown these are able to identify large changes to economic activity, and they may be used to provide insights to supplement and precede official economic statistics. However, some care should be used in interpreting the indicators, and they should not be considered a proxy for gross domestic product (GDP).

Figure 4 shows the proposed publication schedule. Most of the majority of the new indicators are available one month in advance of official gross domestic product (GDP) estimates. The first publication is planned for mid-April 2019, with an article setting out the full set of faster indicators of UK economic activity (covering those based on VAT returns, road traffic data and shipping) and the format of the publication to be released in advance.

Figure 4: Proposed timetable for publication. The rows refer to the month of publication, and the columns the latest reference period for the new series.

Figure 5 presents the heatmap we propose as the headline output for the new indicators, shown for the VAT turnover diffusion indices. The colour scheme is defined in Table 1. The bands are derived from standard deviations from the mean of the diffusion indices, but it should be noted that i. the data are not normally distributed and ii. the thresholds have been set based on visual inspection of the data. We will continue to monitor the suitability of these bands as new data is added.

We intend to add other indicators to the heatmap, which may then act as a warning panel for the economy: one amber square in a period may not be too much of a cause for concern, but a full set of red squares might require further investigation. White denotes where no data are available. We also plan to make the time series available at the same time as the heatmap in the regular publication. The data for the indicators presented in Figure 5 can be found in the ‘Faster indicators of UK economic activity: dataset’.

Figure 5: proposed headline presentation of the VAT indicators. The right-hand column shows when data would next be available.

Table 1: The thresholds for the colour bands for the heatmap in Figure 5. These are based on standard deviations from the mean of the diffusion indices. The ranges are listed in the table. See Section 4 for more details.

We anticipate our first regular monthly publication using the most up-to-date data to be published in mid-April 2019.

Some potential areas for future work include:

We welcome feedback on this work, which can be addressed to: Faster.Indicators@ons.gov.uk.