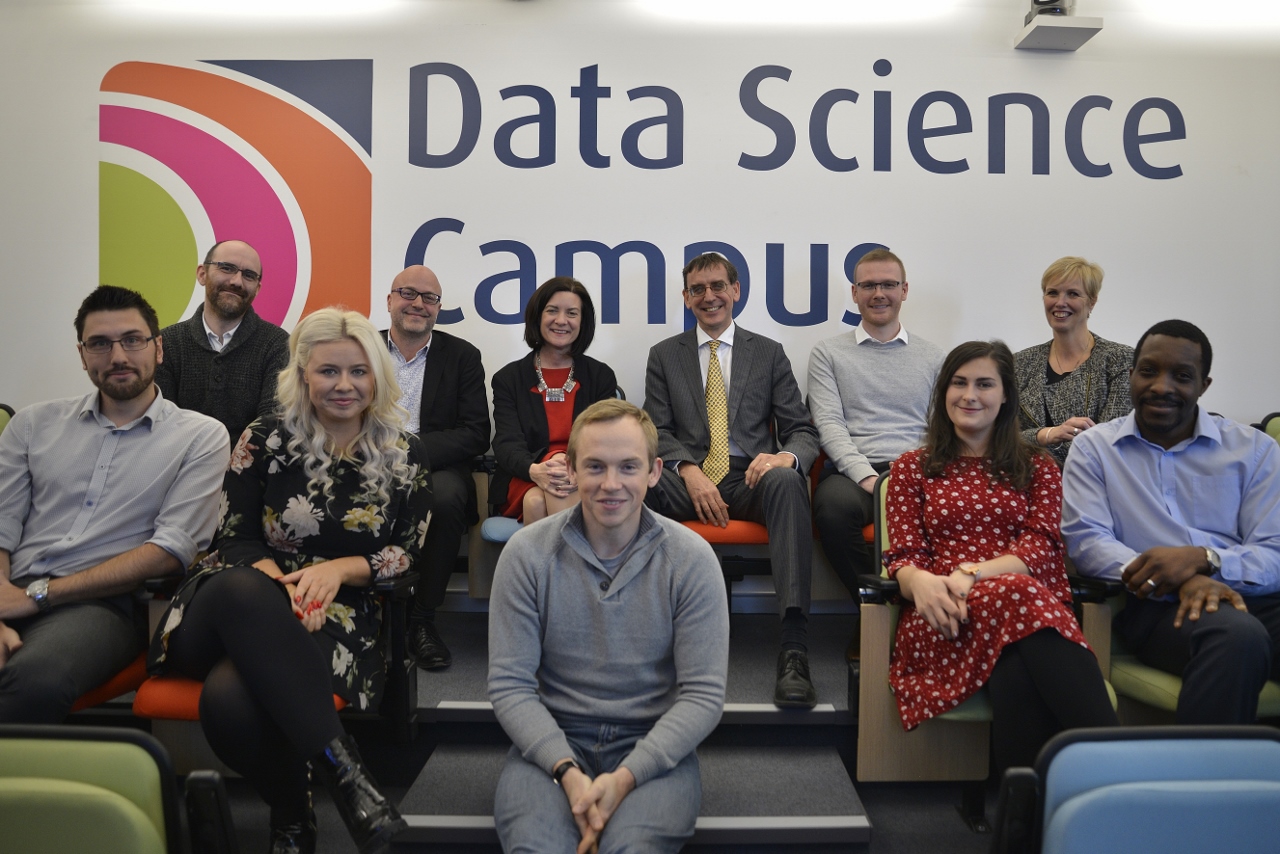 What a great month November was for the Office for National Statistics (ONS) and Data Science Campus apprenticeship schemes: Large Employer Finalists at the Wales Apprenticeship Awards, the graduation of our first data analyst level 4 apprentices after two years of hard work, and finally, we have gone live with the recruitment for the first Data Science Degree Apprenticeship in Wales. So much to celebrate!

At a ceremony hosted by the ONS Data Science Campus, graduates were joined by Eluned Morgan, Welsh Government Minister for Welsh Language and Lifelong Learning, and National Statistician John Pullinger to congratulate them on their achievement. John was pleased to be part of the ceremony and stated: “Apprenticeships provide a real opportunity to shape how we hire, develop and retain our high performing people. This graduation is a fantastic way to celebrate the success of these pioneering apprenticeships at ONS, and I look forward to many more.”

All eight graduate apprentices have secured permanent jobs in the Civil Service – seven at ONS – and were full of praise for the scheme.

The ceremony marks the end of a two-year, level 4 Data Analytics Apprenticeship Programme for the graduates, with a second cohort having recently reached the end of their initial year-long training period and now on initial placements across ONS.

The data analytics level 4 apprenticeship was newly developed in Wales. ONS was the first adopter of the framework and collaborated with ALS Training to develop and deliver an apprenticeship fit for the analyst world. One of the many skills the apprentices learned was to manipulate data in programming languages such as Python and R, so they can apply the latest data visualisation techniques to their work. The skills learnt provide the first steps on a career as a data scientist or statistician.

The next piece of exciting news is the introduction of the level 6 Data Scientist Degree Apprenticeship.  This is the first data scientist degree in Wales to be delivered, and ONS, the Data Science Campus and the Welsh Government are the first to recruit for this apprenticeship.  Working in collaboration with partners Cardiff Metropolitan University we are developing a truly innovative apprenticeship.  As a data science apprentice, you will have the opportunity to learn about the theory at university, as well as being able to put that theory into practice by working alongside experienced data scientists.  If you are fascinated about data science and the tools and skills that aid problem-solving then this is an exciting opportunity to get into the world of work, earn money and gain a BSc degree through this apprenticeship.

ONS and the Data Science Campus worked incredibly hard over the last two years to raise the profile of apprenticeships both within and outside the organisation. ONS now has over 100 apprentices in many different disciplines, and we were delighted to be nominated as finalists in the Large Employer of the Year, at the Wales Apprenticeship Awards. Being Finalists really shows that ONS is committed to the delivery of apprenticeships and, in particular, ensuring that these apprenticeships are of a high quality and provide the skills that are needed for employers across Wales.